Ten years ago I was doing a warm down at a Les Mills class in Christchurch which required everyone to do a haka-type move to a track by Te Vaka.  Just before the haka move the white instructor assumed a pre-haka squat, looked out over the class, took a deep breath then yelled out “Ooga booga” at the top of her lungs before proceeding to slap her thighs, haka-style.

I looked around the class to see who else was appalled by the instructor’s unbridled employment of such a deeply inappropriate and highly racist term: but no one else so much as batted an eyelid.  And then I remembered.

I was in Christchurch.

I’d never heard the phrase oooga booga uttered un-ironically until that point. But a couple of years later I walked into a Tiki bar in Los Angeles just in time to hear a group of punters chanting “ooga booga, oooga booga’ before they skulled their cocktails.

For me the term oooga booga calls to mind films from back in the day that featured black actors (or sometimes white actors pretending to be black) running around the jungle in grass skirts, sometimes with bones through their noses. Their dialogue, if they had any, would be something akin to “ooga booga”: generic hoodoo voodoo mumbo jumbo with about as much complexity as a Kim Kardashian INSTA post and as much authenticity as a made in China lavalava.

When it comes to Polynesian representation on the big screen, there’s a deep history of cinematic ooga booga, reaching all the way back to the old black and white movies that featured palagi Americans running round in lavalavas, covered in lots of brown make up.

There’s also a long history of casting non-Polynesians in Polynesian leading roles: Emma Queen of the South Seas featured a Nicaraguan actress playing the titular queen: Rapa Nui’s leading trio featured a Chinese/palagi actress and a Hispanic actor.  Earlier this year the twitterverse was incensed with the casting of palagi actor Zach MacGowen as a real life Hawaiian figure in the feature “Ni’ihau.”

Latterly ooga booga has become shorthand for some of the ‘less complex’ roles that some Polynesian actors play on stage and on screen:

“What was that role you got on that show, uce?”

Despite the gains we’ve made and continue to make in terms of taking control or at least contributing to how we are portrayed in film, television and on stage, ooga booga still exists.  So for every One Thousand Ropes which broadens the spectrum of Pacific stories and moves the conversation forward, we have a Gary of the Pacific which drags us right back deep into Ooga Booga land.

The non-Pasefika trio behind Gary of the Pacific, collectively known as the downlow concept, had a great idea to build a film around Timaru’s funniest Tongan, Josh Thomson.  Unfortunately they ended up with a film that is rife with ooga booga moments.

Full disclosure: I only managed to watch twenty minutes of Gary on a plane before shutting it off in disgust. In those twenty minutes I went through the seven stages of anger I often feel when I watch films about islanders that are not by islanders: from scepticism, to Whaaaat? to PMO to WTF, to HELL NO, to FML to GTFO.  Did the thoroughly unlikeable Gary redeem himself at the end of the film? E, who knows and frankly who cares? (It’s a good thing they don’t have real cutlery on planes anymore because I would’ve been tempted to stab the screen with my knife in frustration, if they did). 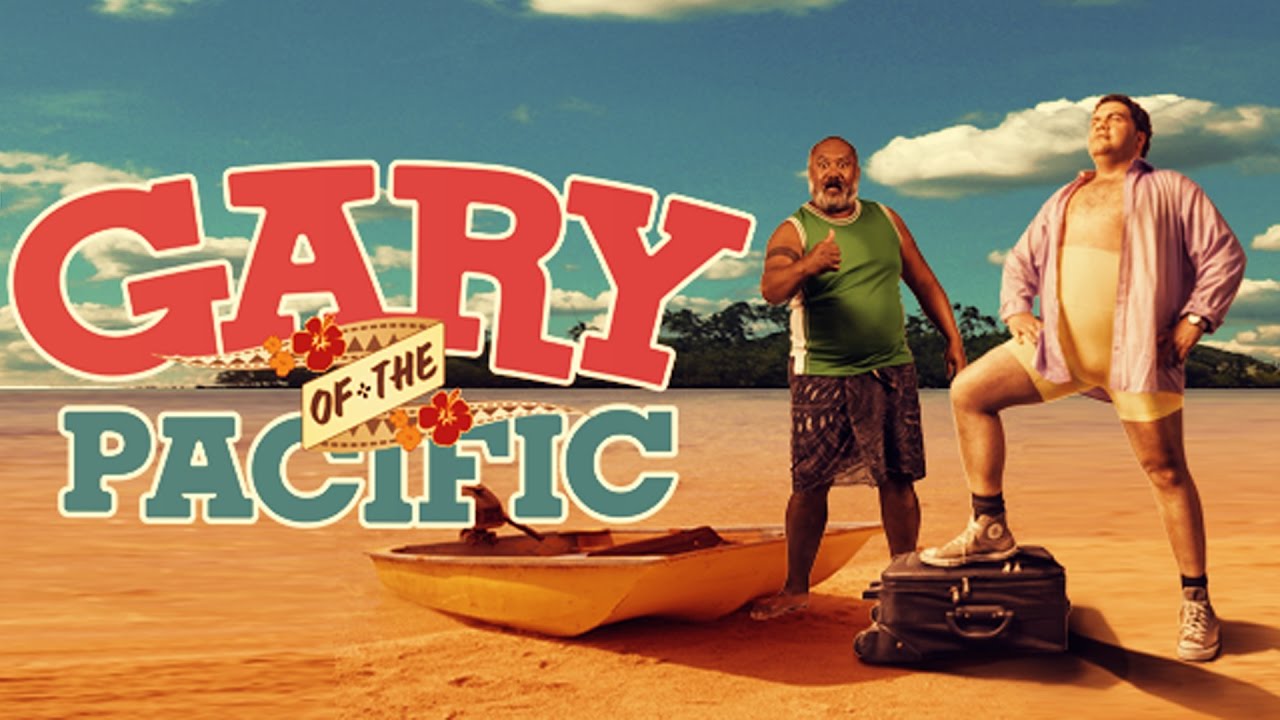 The downlow concept themselves collectively need a metaphorical hiding for this ooga booga nonsense – something the majority of palagi film critics failed to give them in their reviews.

The film contains ooga booga humour that simply doesn’t make sense to anyone with even a slight inkling of how island life really works.  Didn’t they realise the bit about the customs officer trying to sell a CD Discman would barely have passed muster twenty years ago? And don’t even get me started on the bits with Josh Thomson taking off his trousers and walking unselfconsciously round the island in his man girdle. Asking an audience to suspend their disbelief is one thing; shitting on them with contempt is another.

Yes, it’s great to see talented Polynesians like Thomson, David Fane and Dominic Ona-Ariki gracing the big screen, but does it have to be in a vehicle that treats its island characters as inauthentically and disprespectfully as Stallone Vaiaoga-Ioasa’s Three Wise Cousins treated its characters with authenticity and respect?  The actors – and the audience – all deserve better.   (NB: Gary won’t even make half of what Three Wise Cousins took at the domestic box office even though it had a 3 million dollar budget vs TWC’s $100,000 personal investment. Ia, ua la).

The problem with Gary is that apparently there was no one at any stage of the production who said “Um, guys – this isn’t quite right.” And if someone did raise a red flag, then nobody listened.

Ooga booga Part Two: Did you see the television series Tatau which slunk on and off Prime TV late last year in a not-so-prime timeslot?  No?  Don’t worry.  Hardly anyone did.  Tatau was a co-production between the BBC and SPP (who make Shortland Street) and it was 100% OMFG in terms of its ooga booga-ness.  Like Gary of the Pacific it was written and directed by non-Pacific Islanders. 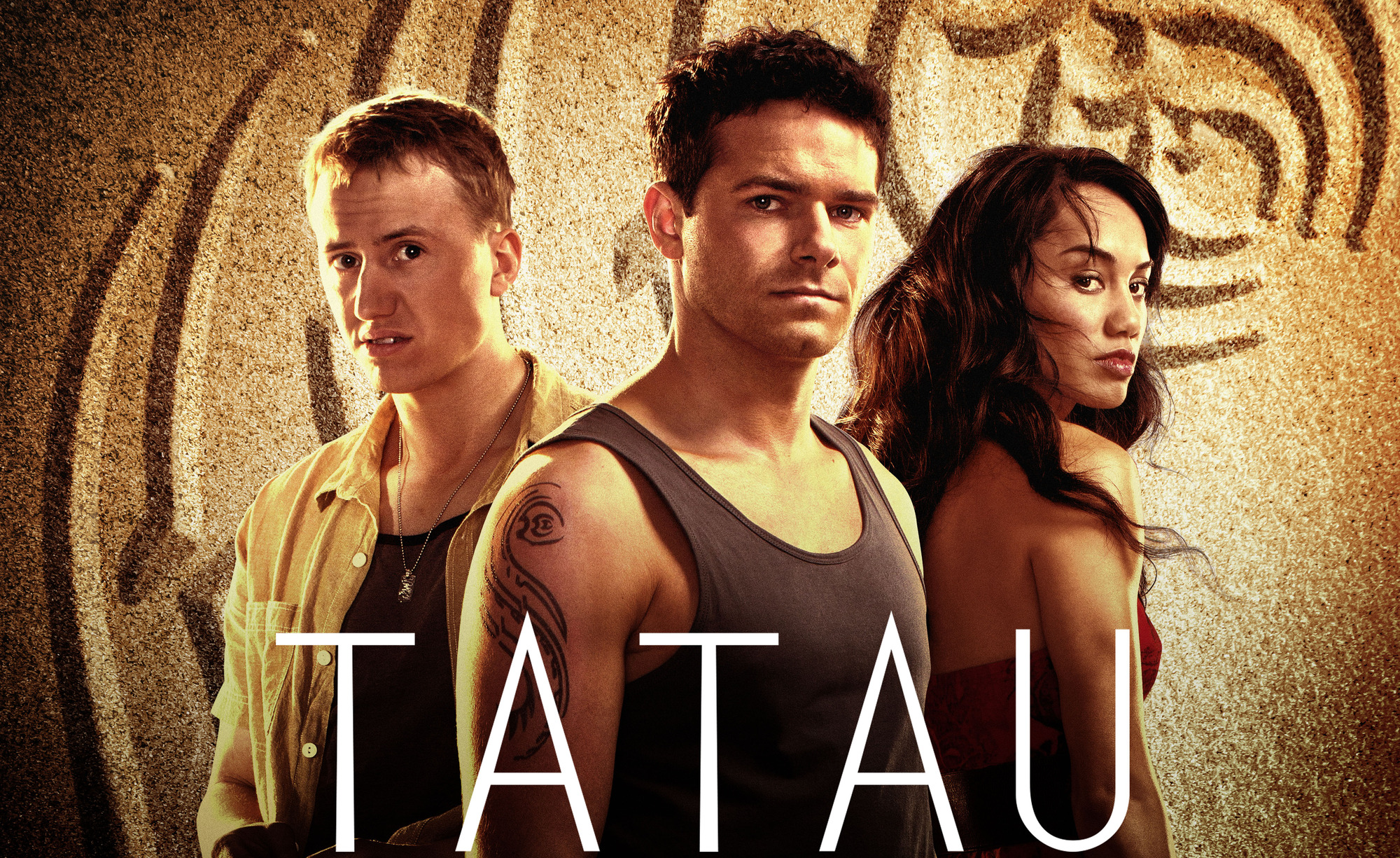 The premise: two charisma challenged Brits on holiday in Rarotonga find themselves embroiled in some deeply ooga booga mumbo jumbo.

Again:  wonderful to see the hot wahine from 800 Words and the guy from Filthy Rich who got dumped in a rubbish tin when he was a baby getting work and screen time alongside Vinnie’s son from Shortland Street and good old Victor Kahu.  But did they, and the rest of the Polynesian cast have to get saddled with such risible dialogue?  And did they really all need to be dressed as if they were going to P Diddy’s annual White party at the Hamptons?

Look: I’ve done the odd ooga booga job myself: no one ever held a gun to my head to make me do the work.

There are bills to pay.

But we all deserve better.  And our ever-widening pool of Pasefika talent deserves better. They deserve stories that reflect how we are and dialogue that reflects how we talk rather than how other people think we are.  And if non-Pacific Islanders keep getting money to tell stories about us, then the onus is on them to get it right and to keep the ooga booga at bay.