As I have written before, there are a number of lessons arising from our recent general election.

The OEC has done an amazing job in accommodating special voters, counting and re-checking every individual vote and has done so professionally, with thoroughness and efficiency. But can we make the process more efficient? Are there areas needing further reform? Here are a few ideas.

1. Voting does not decide the winner.  In the lead up to the election there were numerous changes to the electoral system, to constituency boundaries and even to eligibility criteria. Voters were made to register for their appropriate seat and new electoral rolls finalized. Yet in spite of all these changes to close loop-holes why is it that the Court becomes the final arbiter?

2. Bribery - The Art of Giving and Taking.  Even before the final votes were tallied both parties were jostling to lodge challenges of bribery and treating. Knowledge of this appears to be wide spread and even acceptable to some degree. The continued incidence of such behavior diminishes the value of our vote leaving it instead for the Court to decide the eventual outcome. Voters too have manipulated the electoral process. Prospective candidates who offer bribes or incentives as well as voters who accept such incentives are equally guilty and should be dealt with accordingly. Candidates and voters alike should equally be stripped of their vote(s).

3. Vote Often.  The rationalization of the electoral rolls clearly has not eliminated all anomalies. There are reported to be numerous incidents of multiple voting. It is conceivable that a person may successfully register under different names. However, how the marking your finger with indelible ink was circumvented needs to be investigated and resolved.

4. The Burden of Travel.  The requirement for inter island travel to cast a vote is archaic and unnecessary in this day and age. In-country/ resident voters should be able to cast their vote at nominated and conveniently located polling stations throughout the country. Registration of individual voters and the recording of a unique ID number enables each vote and voter to be tracked. Once the vote has been cast that person's ID should be electronically marked from the Master Electoral Roll.

5. Using Computers Effectively.  Greater use should be made of computers and appropriate technology. This could enable tracking of voter registration, facilitate the casting of special votes (and saving time), enable voting outside of your constituency and also assist in the tallying of votes. Subject to scrutiny the results of the ballot could be obtained much earlier.

6. Upskilling.  More training needs to be given to personnel operating and assisting the polling station, including Police officers. Short courses need to be developed and participants required to be accredited as a "polling official". There is a greater need to understand the role, responsibilities and limitations of officials and to eliminate individual interpretation of the law.

7. The Human Factor.  The privilege of being able to vote is integral to our democracy. This right should not be taken lightly nor abused. We are all human but greater steps needs to be taken to avoid human interference in and manipulation of this vital process.

Va'ai Nah Folasa is a journalist for EyeSpy Radio in Samoa 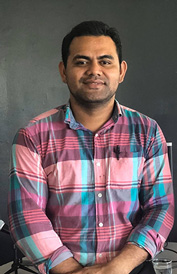