Humans Of The Islands - Gustavia Lui

I have big feet, I hate admitting it. I was walking in the office one day and the heel of my shoe snapped in half! My feet are size 11 and a half. I love to dress up but I could never find shoes my size. Whenever I’ve talked to other island girls, they all felt the same. So I thought, okay no one else is doing it, the way I want it. I’ll do it myself!

What was your first step towards getting in to the shoe making business?

Getting over my fear. I would’ve been up and running a lot earlier had I gotten over my fear a lot earlier. In 2013 I applied for the AMP Scholarship People’s Choice Award and got rewarded with the 2nd prize. I went to China and took my $1000 prize money and used it to buy me two foot moulds (they cost $500 each). I went to Las Vegas to a footwear tradeshow and there I met the CEO of Zappos, Tony Hsieh, Jupi Corp - they run the entire Kardashian Collection. I was so inspired - I left and I was like “That’s it, I’m going to do this.” I flew to New York and did a shoe-making course then I went back to China to the Canton Fair. I did factory tours, met manufacturers and then in 2014 I hooked up with a designer who helped me design the whole spring/summer collection. Then I launched in January this year. 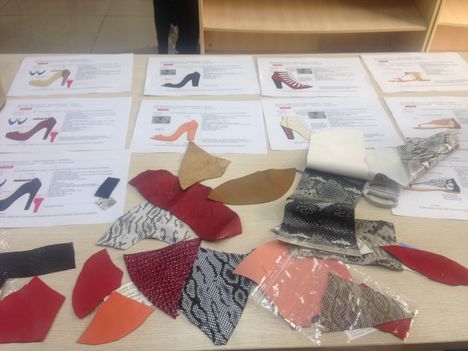 What kind of sacrifices have you had to make along the way?

Well, throughout all my travelling to get the business started, my husband stayed home and looked after our kids. I had worked in a government department for almost 10 years and giving up my full time job was a difficult choice. On the financial side, I’ve spent nearly $10,000 NZD on samples alone. One sample each is like $500 alone and that’s only for one shoe. So if I get a pair of shoes that’s nearly $1000. It’s a pretty long process but I had to keep going until I was happy with the finished product.

What have been the most interesting experiences you’ve had as a Pacific Island woman in the shoe-making business?

I went to China to see a Trade show and while I was there, I rode in my first Jaguar. I had to act like it was normal for me because no one else was phased. And when they weren’t looking I was like “I can’t believe I’m sitting in one of these.” I did not meet one other islander there. I had to buy foot moulds created for sizes between 10-14 and that were wider than the average feet. The Manufacturers in China would argue with me saying “Are you sure there’s such a thing as big feet like this for women? Have you done research?” and I was like “I promise, I’m sure.” They just can’t believe some of us women might have big feet over here. 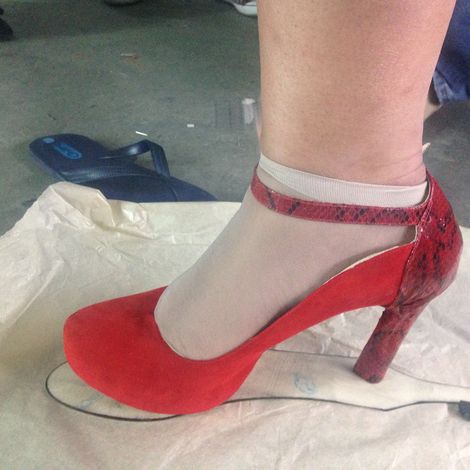 I want to inspire others to know that everyone has potential and they should use it. I want to bring people out of the poverty mentality and to help them see that I’m a Pacific Islander, I grew up in the hood and yet I’m chasing my dreams. If I can do it, so can they. I never thought I’d have travelled to New York and China or open up my own brand of shoes with two designers working for me from across the world. I NEVER thought I’d do this. I have a history of child abuse and foster care, I dropped out of high school in Year 10 (14 years old), I had my first baby at 16. When my son was born I looked at him and immediately decided I wouldn’t allow him to live the life I did. It changed my life. I also met the Chairperson of ‘Dress for Success’ in New Zealand and she said to me  “I’m size 12 and a half, can you let me know when you start your shoe brand please”. That was a huge motivator, to meet another successful and inspiring woman who had the same struggle as me.

What kind of feedback have you received?

I’ve gotten some awesome feedback from so many people and I’ve also gotten criticism from people who think my shoes are expensive. I understand the poverty mentality and what it’s like to be in the hood. I have ladies from my own hood who mail me saying “This is New Zealand, you’ve gotta be kidding yourself to be selling $200-$300 shoes in New Zealand”. They don’t know my journey or the vision – I don’t want to bring a crap product to the market. Our shoes are all handmade, real genuine leather designs and I decided to go down that road because let’s be honest, not all large-sized feet belong to skinny petite women. We’re heavy and we need something of quality to support us! The factory who makes my shoes employs women from a remote small village and it feels great to know that my shoes are employing other women. I don’t let the criticism get to me. At the end of the day, there’s only one South Auckland in this whole world and I intend on going global. 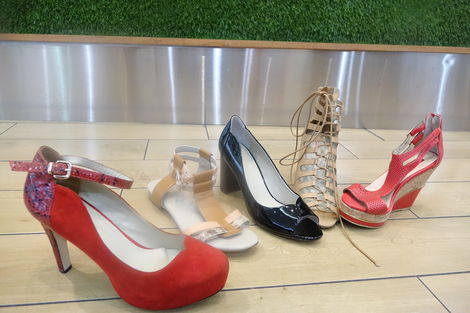 If you want to check out her collection and where to get your hands on some of her beautiful designs on www.staavias.com