HUMANS OF THE ISLANDS: OLIVE ASI

Tell us a bit about your background

I was born in New Zealand and grew up in Mangere East.  Our family moved to Brisbane and we lived in Sandgate and Bracken Ridge suburbs.  I went to Sandgate State Primary School and Sandgate District High School.  In 2003 we moved back to NZ and lived in different areas of South Auckland until we settled in Otara/East Tamaki. 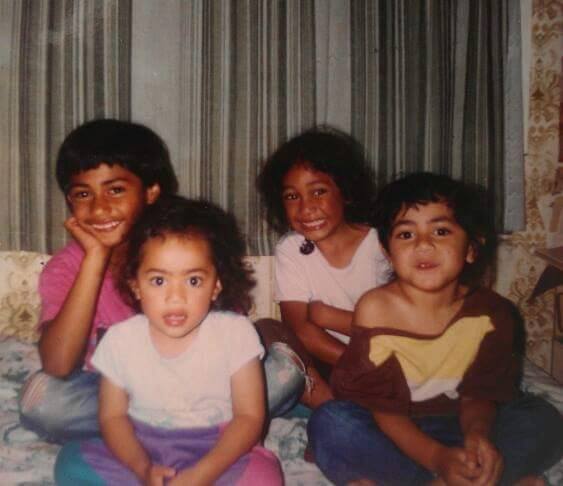 Have you always been passionate about Performing Arts?

I was always told stories by family members that from a young age I was always entertaining everyone and any time someone put on the radio or played music clips I was always the first one up ready to dance and sing the song and act like I knew the lyrics to all their favourite artists. 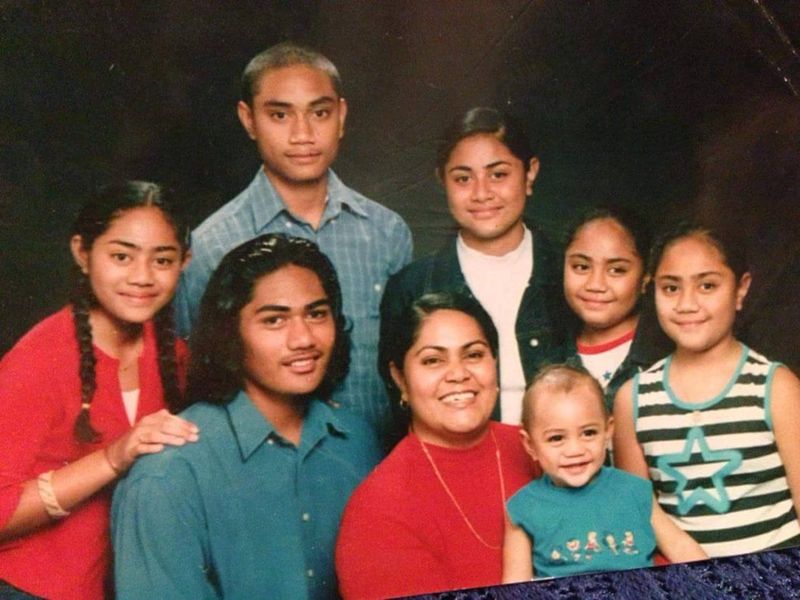 I've never shyed away from being on stage even when I would have to do my White Sunday verse from the bible.  Everyone in my group would be too shy and nervous but once I stood up in line and saw that microphone come around, it was like my time to shine.

I wasn't very clear on what I wanted to do as I grew up so I did sports, got into athletics, played saxophone in school band, was tutored privately for violin, played netball for club and even joined a Brisbane City choir.  I guess I just liked doing stuff that challenged me mentally and physically and I feel like that helped me realise what I was actually good at and is now my absolute passion. PERFORMING! 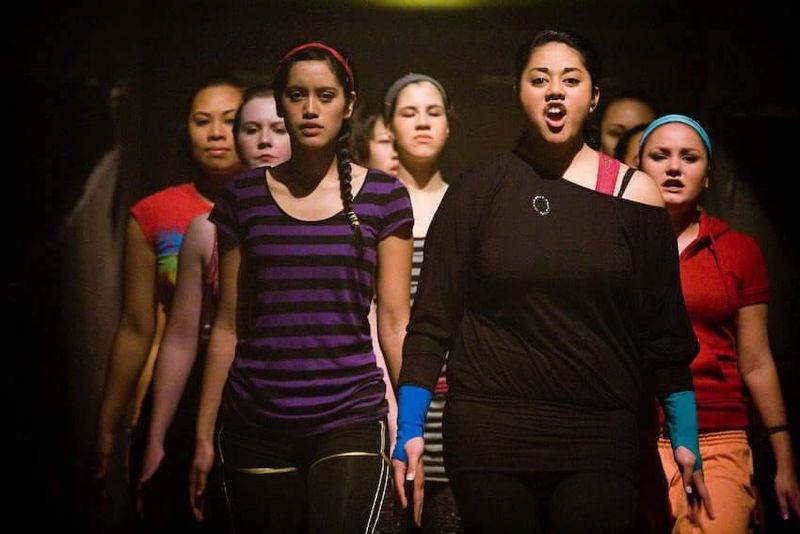 I started doing spoken word poetry when South Auckland Poets Collective was generated.  I started in 2007 and recently left the crew to venture out and do my own work here in Australia and also further the boundaries for my poetry and other performing avenues. During my time with the crew I travelled and performed on many different platforms and shared my poetry from NZ to the USA and recently here in Australia.

I am still wanting to develop my poetry and have just recently done some recording of it.  I've also combined dance and theatre to it and want to introduce my flavour to the Australian scene. 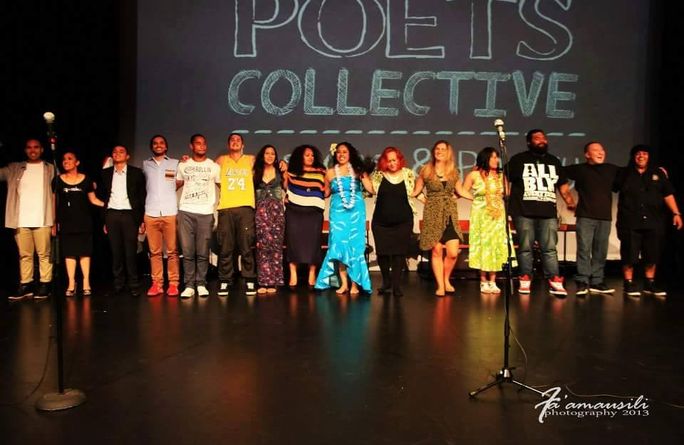 Had you done any formal training in New Zealand in acting or theatre before you moved to Australia?

I was hooked on acting in High School from when I took my first drama class and had some great teachers who really guided me in my performances then I was introduced to the "Massive Theatre Company" which is a company that holds free workshops for 15-25yr olds.  I pretty much fell in love with the theatre and received the majority of my knowledge of physical devised theatre work from Massive and the Artistic Director Samantha Scott.
I did various free workshops of Sam's and then gained my first professional theatre role in a production called "Girl Show" in 2008 and then "Havoc In The Garden" in 2011. 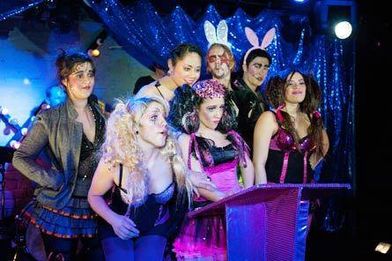 I branched out and worked with different companies and they've added to my knowledge of acting and I have always been able to apply the Massive Principles to what ever work I am doing.  I am also a Massive Theatre Tutor but will be on a break until I return to New Zealand.  I do acknowledge that Massive taught me the foundations of acting, especially theatre.  I have also worked with the Phoenix company, Auckland Theatre Company, The Black Friars and Duffy Books In Homes.  All companies are very different and have their own reputations.   Uni and acting school wasnt for me right after high school so I gained my knowledge and built my profile in theatre from working hard at my craft, networking with the right people, getting out there and making most of the opportunity even if it was free.  Realistically the money and budgets for shows aren't big so you literally depend on your passion for the craft to get you through and being willing to want to learn. 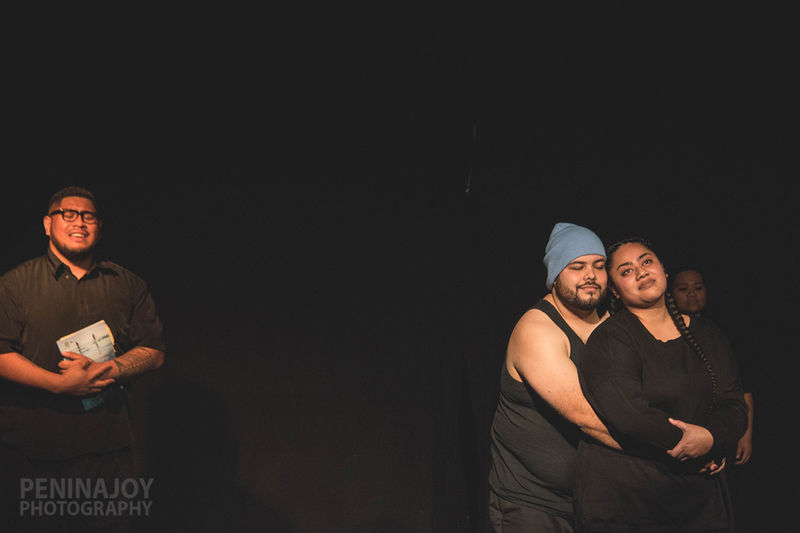 How did you get in to the New York Film Academy programme and how are you finding it?

I made the decision to come here while I was on the Duffy Books Tour in 2015.  I wanted to expand, challenge myself and get more serious about doing Film Work so I gave it a go, applied, had interviews and then I got the "Yes!  You have made it in" phone call.

I have now been studying at the NYFA for the last three months and it has been awesome.  I'm currently involved in the Acting for Film programme and I love it.  The Village Road Show Studios is on the lot as well so all the big movies like San Andreas,The Great Gatsby, Pirates Of The Caribbean and other well known movies have been shot here on site in the Gold Coast as well.  All our lecturers are awesome and they're still actively working in the industry so when they are not teaching a class they are working on sets.  I have recently just been in some filming here too which has been a great opportunity. 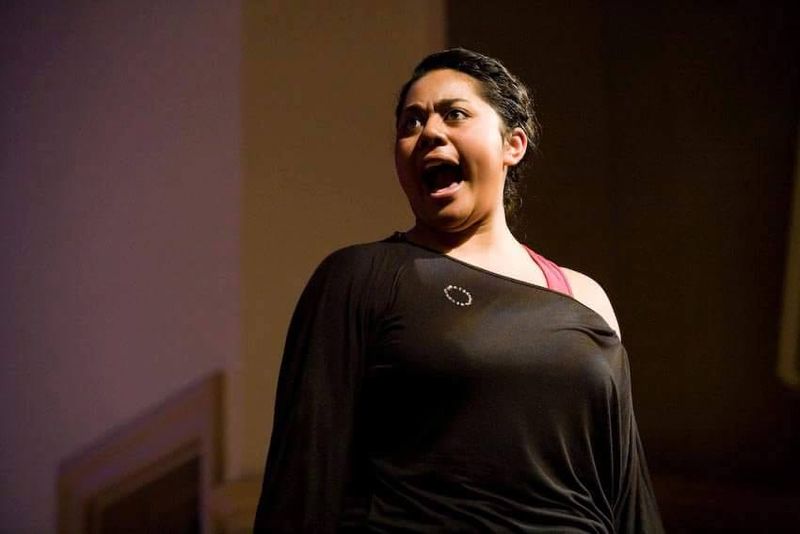 Are there many other Polynesian students with you at NYFA?

When I started at NYFA I thought that I might be the only islander but there are two other Island brothers.  Travis Iveson - 18yrs - PNG & half Australian and Taisson Palale - 18yrs - Samoan.  They're both and raised in Australia so its quite nice to have some poly blood here chasing the dream and also I guess for them - they see me as an older experienced sister in our class.  The 3 of us are actually the first Polys to be attending this school so I'm the first Polynesian lady to have done this course.  It makes me feel like my voice and story is even more important because its foreign here so I'm unique to them and I also bring a Poly/NZ flavour to this craft with my NZ accent (laughs) 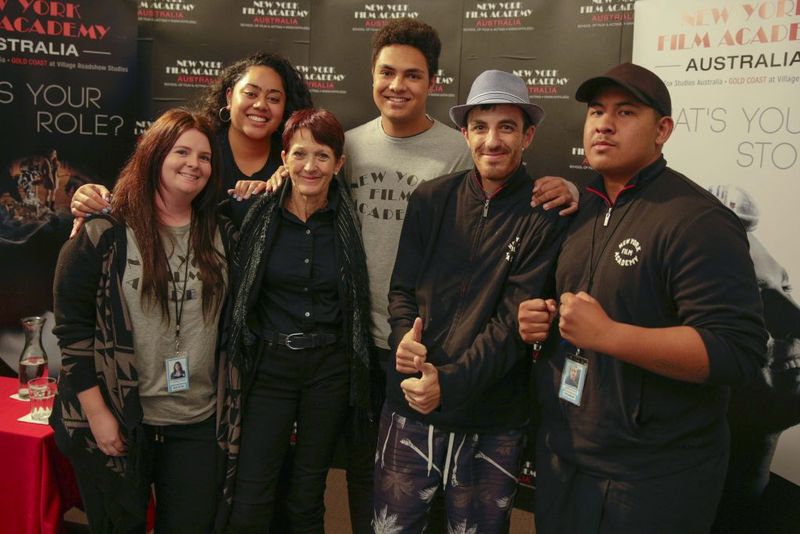 What do you hope to get out of the course to help you with your longterm career goals?

I have always wanted to have my own Creative Productions company so I have launched the idea and started to produce my own work as well as a collaboration of work with other artists and art forms.  I am working on increasing my film profile and try to get more work in film and also production work.  I'm currently writing a script for a TV series as well as feature films and hope to get some theatre work here in Australia in the near future.  I am also teaming up with other friends in NYFA who are established in their own creative fields to create some film work as well.
This programme is for one year which gives you a Diploma in Screen and Media once you pass and after doing one year I can decide to do my B.A or even Masters in America or any other NYFA branch around the world.  I would like to venture out to America to keep doing more creative work and keep breaking barriers down for Poly actors. 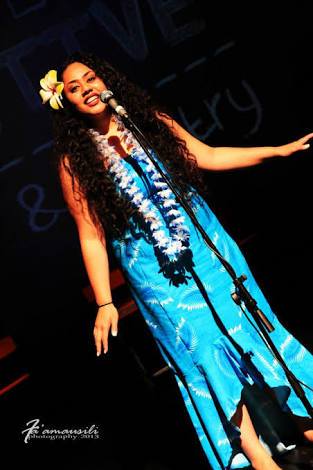 What challenges have you experienced moving back to Australia and studying there?

The biggest challenge for me was definitely the move over and just being isolated and not having your normal support system around me when I was pursuing the arts as a career in New Zealand.  I've been really home sick and have missed my Mum, siblings and all my friends and family but I guess I knew that if I stayed in my comfort zone, I wouldnt be challenged to grow as an artist and see what the world has to offer me.  It's been a really big step for me to take starting all over again here in Australia.  I've had to establish who I am and work hard to get recognised.   So far I've managed to get a few film gigs and also create strong networks and have managed to get my foot in the door to get me on my way . 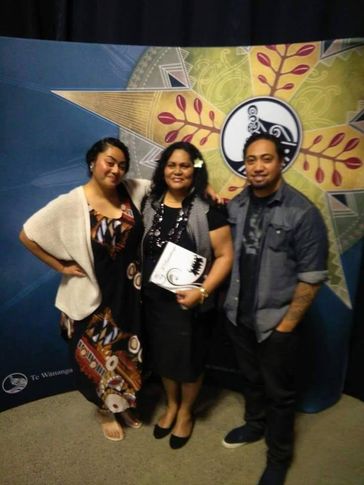 Olive with her Mum Ausaga and partner George

What advice would you give emerging Polynesian artists who would like to get into acting or go down a similar pathway?

1.  BELIEVE IN YOURSELF - A lot of times people around you may not take your dream in the arts seriously but if you have a genuine drive and passion and belief in your talent then no one can stop you from achieving it.

2.  WORK and CREATE WORK.
One thing I have learnt by coming to NYFA is that its not easy in the industry.  You have to WORK hard and also learn to CREATE WORK.  We recently had our chairman of the New York branch Lynda Goodfield down here and she talked to us in regards to if there are no roles for you in film then CREATE them.  We always limit our abilities and ideas but no idea is a bad idea its just bad if its not fully developed well. 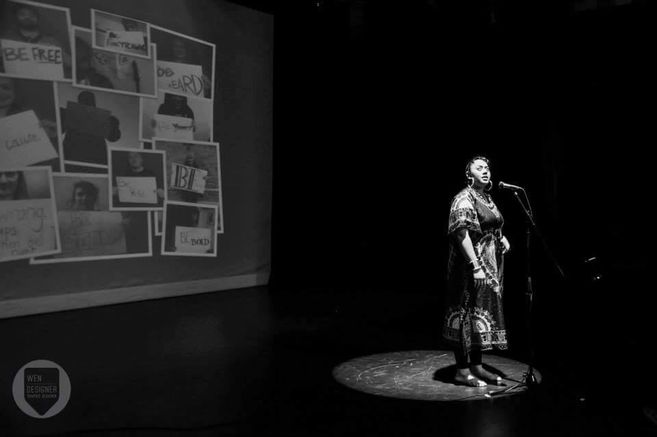 3.  HAVE FUN and BE YOU - We tend to forget that while chasing this dream of ours and working towards it we need to have FUN...Enjoy every moment of it and embrace the stage light when all the work is done and its show time.

BE YOU.  A lot of the time we tell ourselves "I want to be the next Natalie Portman or Queen Latifa or Denzel Washington" but there is no need to imitate a famous actor or actress.  Be you and embrace the person you are because you never know your look, style and performance may be what the director wants for their character.

4.  PUT YOURSELF OUT THERE AND PUSH YOUR COMFORT ZONES - Go to workshops/auditions and if you dont know how to then look online and check out your local Performing Arts groups in the community around you.  There are always shows going on and also volunteer work that could possibly help you get experience in rehearsals for upcoming shows.

Humans of the Islands - Paeariki Johnson

Humans of the Islands - Genah Fabian