Bula, my name is Elizabeth Koroivulaono, I am 29 years old and hail from the beautiful islands of Matuku, Lau in Fiji. I come from a large beautiful Fijian family and have 3 brothers and 2 sisters. I now live in Auckland, New Zealand and have been for the past 8 years. I first moved to New Zealand in 2008, to study Bachelors in Communication, majoring in Film and Television. Since graduating in 2010, I now work in the industry and call New Zealand my second home. 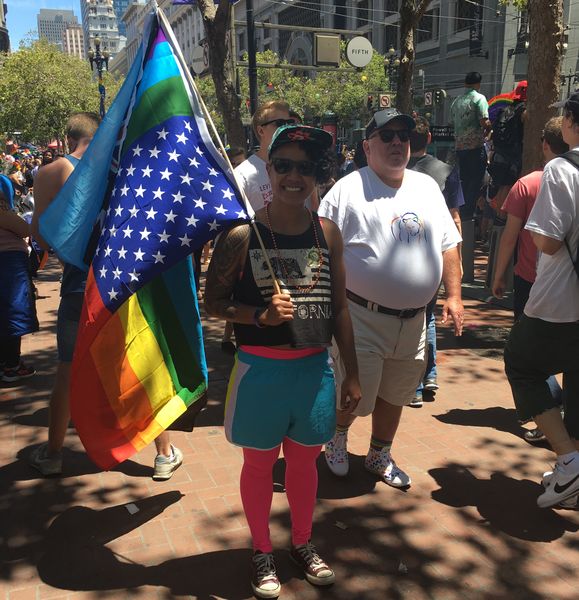 Honestly, it took me 6 months back in 2008; of internal battles to decide to finally accept my attraction to women. I had many discussions with a really good friend about it, where we talked about the implications this would cause on my family members. I come from a strong Catholic and traditional family - and as we all know, the declaration of being attracted to the same sex does not bode well with the church or the culture. I’m a ‘lists’ person, so naturally when presented with a crossroad, I wrote a list. A Pros and Cons list of why I should be “the real me”. I mulled over the list and as time passed, I found myself day dreaming of a future with a woman, and the more I day dreamed the more I smiled, the more I smiled, I realized this is me, this is who I am. This is what I want, and I wasn’t ashamed about it. Towards the end of 2008, I literally woke up one morning in my dorm room, still in bed, and said out loud “ I like women”.  There was no more denying the attraction I felt for the same sex. And that was it – a big weight just lifted from me and I knew to seal the deal, I had to tell my family and give them time to process the new information. 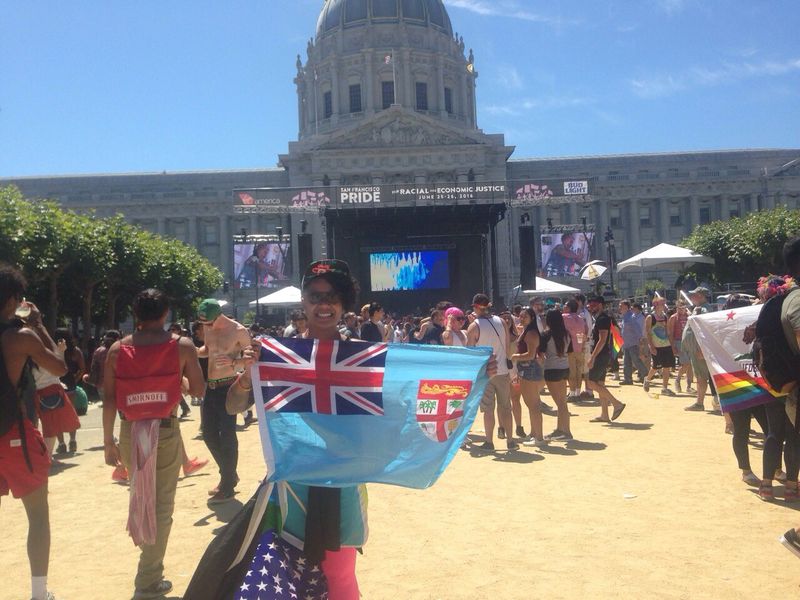 I continued into 2009, with this newfound freedom of who I was, but somehow it was still a secret freedom because I hadn’t talked to my family. I guess they say timing is everything – so in my mind it had to be the right time. The right time came later in 2009. After dating my first girlfriend for a few months, I realized I didn’t want to keep it a secret, plus I kept getting hustled by some of my family members about dating a ‘hot rugby player’ and “How come I didn’t already have a boyfriend”? I was in New Zealand for pits sake – according to them.

I finally decided to start telling my family one by one, I started with my sisters. They took it very well; they loved me for me.  (I was proud of who I was and confident in it, and even if the outcome wasn’t positive, I knew they would come around – I strongly believed that my family loved me and just wanted me to be happy). My parents were next on the cards. I wanted to tell them in person so I was waiting for my trip home in December.  However, my sisters told my Mum first – their excuse, to give her time to process the information before I got home. I was annoyed because it was my story to share, not theirs, but looking back now – I see why they did it. But maybe they could have told my Dad too and save me the anxiety. Knowing that my girlfriend was waiting back in New Zealand, gave me a strong reassurance that everything would be okay – so I soldiered on. 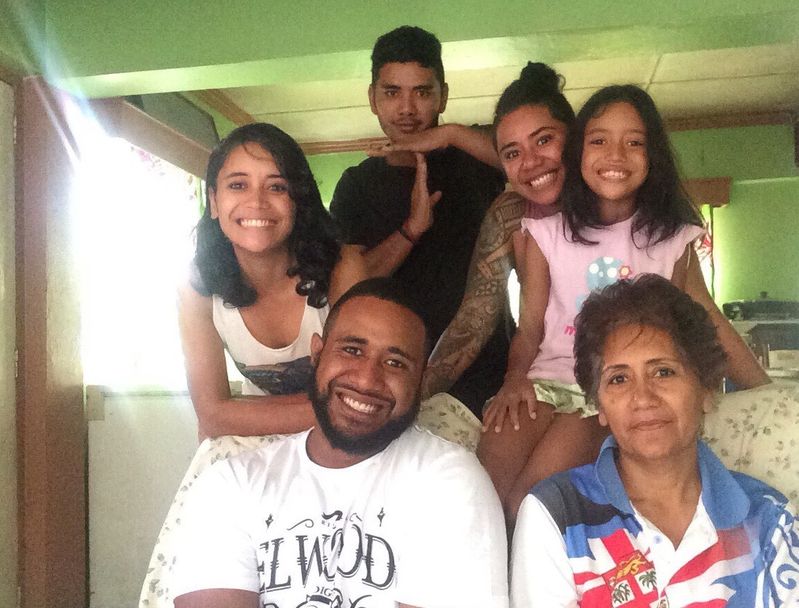 I remember when I told my Dad, I was super worried about his reaction. My mom and siblings sat in the lounge while I walked into my parent’s room to have a chat with my Dad. I left the door ajar in anticipation of my escape. My dad liked massages, so I offered to massage his legs while we caught up on my second year of school in New Zealand. It took me about 40 minutes to finally come out and say the words – “Dad, I like girls and I have girlfriend in New Zealand”. At this point I was eyeing my escape route and hoping to God that my reflex was faster than my Dads hand. I felt his body tense and then his shoulders dropped – he then asked me “Are you happy noqu lewa (my girl)”? To which I replied – Yes I am Dad. And that was it - he said that’s all that matters - end of discussion- I got up and left the room back to the lounge – where I replayed what just happened to my mum and siblings, who were as shocked as I was, at my Dad’s reactions. I guess one shouldn’t assume (even though you come from a strong catholic and traditional family – at the end, as cliché as it sounds - love did conquer all). 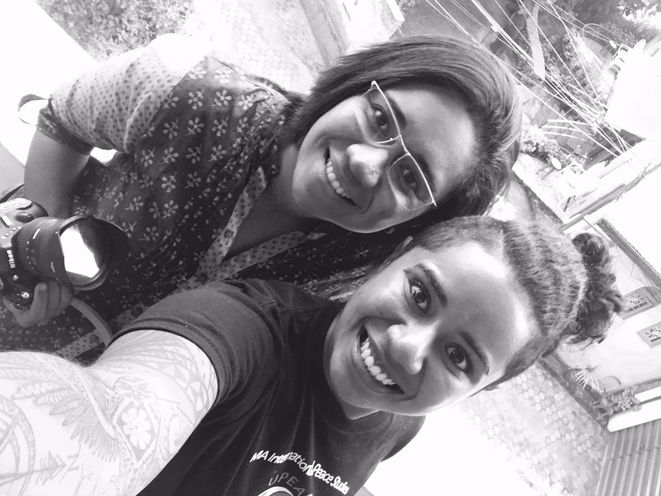 After telling my Dad, telling the rest of my family seemed easier, still very important - it was easier moving forward, knowing I had my Mum, Dad and siblings support. I thought telling my family would be the hardest and most challenging part of this journey, but I was wrong. For me, it was accepting it myself because it was different from everything I knew and it challenged a lot of my thoughts. 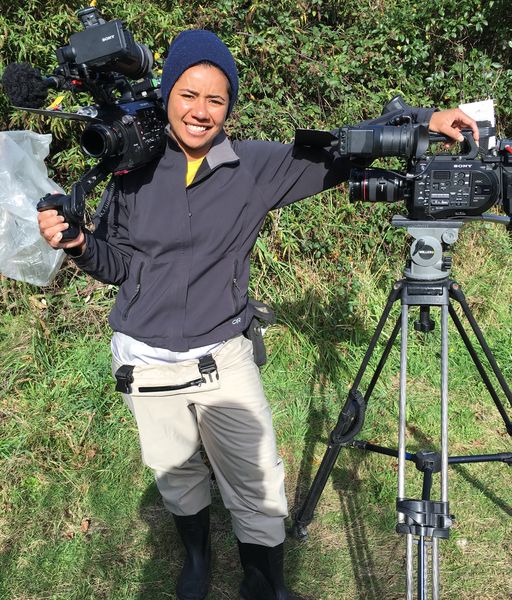 Fast forward a few years, I am so much happier and continue to be supported by my family and close friends. New Zealand provided the safe haven for me to be me – something I will always appreciate this country for. The coolest thing about being out and Proud in this present day is the freedom - to love without discrimination, to walk down a street with your partner, to simply be celebrated for who I am.