Humans Of The Islands - Michel Mulipola

Michel Mulipola is a self taught Samoan comic book artist from Auckland. He is currently working as a Story Artist for Walt Disney Animation Studios on an upcoming project. You also may regonise him as the wrestler "Bloody Samoan".

As a little kid I pretty much remember my Uncles being into comics. I stumbled across their stash of comic books and instantly fell in love with it. I think it was just the characters, the costumes, the bright colours, just everything about it captured my young imagination. Eversince then, it’s been a constant in my life - just comic books.

Being a kid, naturally I loved to draw and when I found those comics, all I wanted to be was a comic book artist.

So were you that kid in class drawing comic characters while the teacher was teaching? 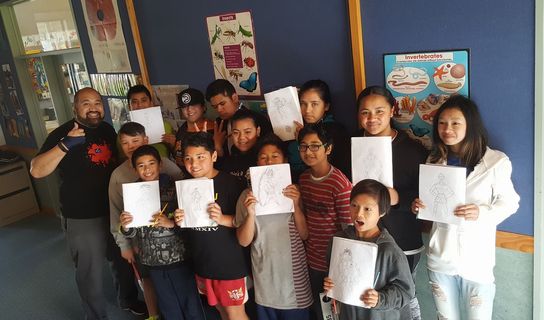 Wow. So at what age did you think ‘I’m seriously going to pursue this as a career path?’

Well for the longest time it was just something I loved to do. I always had that dream in the back of my mind of becoming a comic book artist. The first time it really struck me that I could do this was about a decade or so ago where I started drawing comics again and then started building a name for myself. And then I went over to Comic-con in Sandiego and it was there that I got the affirmation that I could do this. I put in a portfolio to DC comics who do Superman and Batman - at the time they were doing portfolio reviews. So I thought, you know what? I’ve travelled too far not to give it a go. So I put my portfolio in and then the following day I went back to the booth and I saw my name on the list for call backs. That’s when I realised I must be good enough to be able to do this. An editor had seen my work and met with me. Knowing I was on the right track really cemented my passion and my drive to make this work. 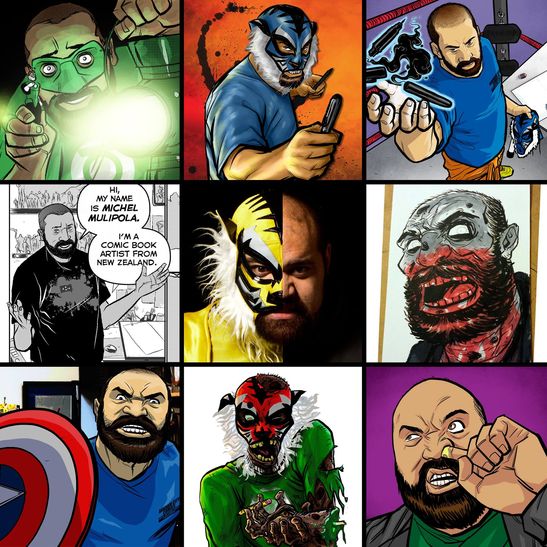 It must be a dream for you going to work every day doing something which many young boys only dream of?

Yeah I joke with a lot of people about how my life is a little mundane and it could be better (laughs). You know working in a comic book store, it’s really great because I actually draw comics while I’m in the store as well and so it provides something different for people to come in and say “Oh you’re drawing!”. A lot of times I’ll meet young aspiring artists and I invite them to come by and talk to me.

I suppose when you were growing up there weren’t many people around doing this, or even pacific islanders doing this.

Yeah, it’s interesting. I find it really weird because growing up in the nineties there was this big boom of comic books and pretty much anyone and everyone was into comic books and they had trading cards etc. And there were a lot of polynesian kids who were really talented artists. They loved to draw big muscly heroes and comic-style characters, but no one really ever took it that step forward to draw comic books. And then afer high-school a lot of them just stopped drawing. I find it weird because people say to me “why aren’t there more of you?” and I would like to see more polynesian comic book artists. That’s why I love to share my story to inspire some of these kids who love this stuff. Especially polynesian kids in the southside and let them know “Hey kids, look at what you can do. Even though my dream’s a little weird for a polynesian kid, it’s not sport, it’s not music, it’s not acting, but it’s something that I love.' So regardless of whatever dream you have, no matter how different and how weird it is, if you put in the work and work towards it you’ll get so many opportunities. 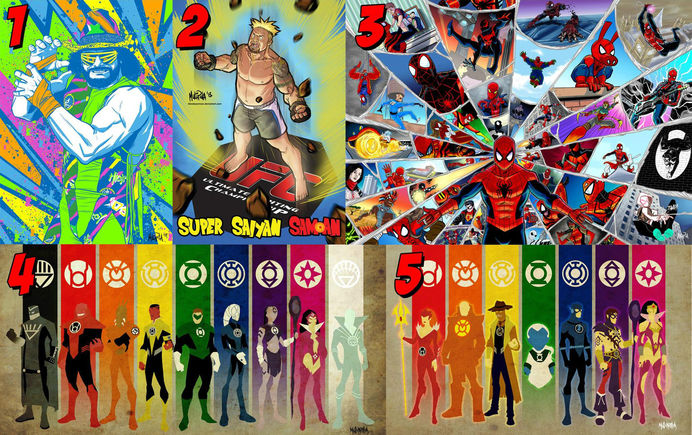 What do you think of Disney’s Maui character?

(laughs) Well - I saw Jenny Salesa’s post about it and I found it almost more reactionary than thoughtful. Because for me, when I saw Maui’s design - all I saw was strength, power, protection, like he was a guardian. When people were like ‘he’s fat’ I was like ‘no he’s not!’

Was that you - the animator that posted the breakdown of Maui’s design that went viral?

Yeah that was me. I broke down the shapes of the Father, Moana and Maui. Because for me that’s what I saw as an artist in a similar field, animation.

I see the shape of that character being protective, being powerful. So when I saw people saying he was fat, I just thought - no, if you see him in motion in the trailer, it’s not like that image. And that image had been floating around for 8 months and then all of a sudden people were harping on about. I also found it interesting that the three hot polynesian males were all half-caste. They were all half-caste polynesians who spend a lot of time in the gym and have a lot of money...That’s kind of like the unattainable hollywood image. To me that’s more of an indication of hollywood beauty standards then Maui. If you really look at Maui, he’s like a strong man weight lifter - there’s a lot of power in that shape. 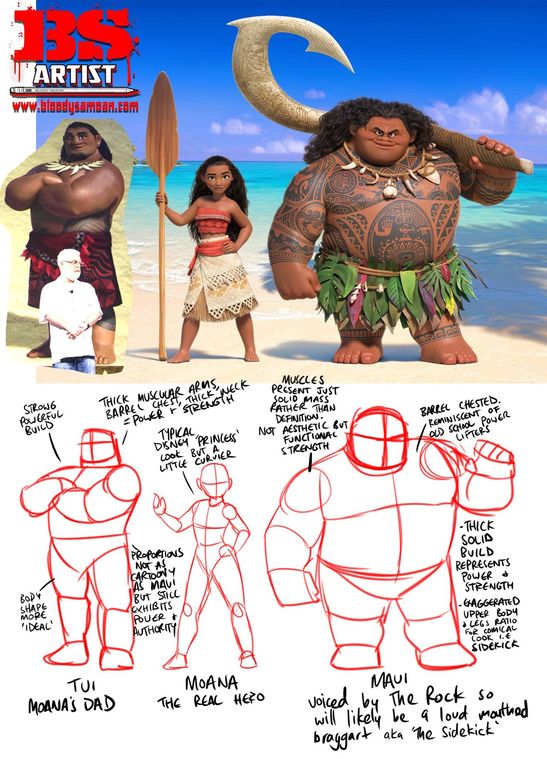 What about your professional wrestling career? How did you get into that?

When the WWF was on TV, all of a sudden, I had real-life super heroes. Larger than life characters, colourful type over- the-top action. You know, good vs evil. And so I automatically became transfixed with pro-wrestling because to me it was comic books in real life. I fell in love with it. A few years ago, I created a wrestling comic book which was kind of based on what it would be like if I was a pro-wrestler. And so Impact pro-wrestling which is the promotion here in Auckland, had a try-out and so I thought what’s the worst that could happen? At least I could say I’ve tried. So that was a decade ago and I’ve been wrestling eversince. I’ve managed to turn my comic book creation into a real-life creation and character. 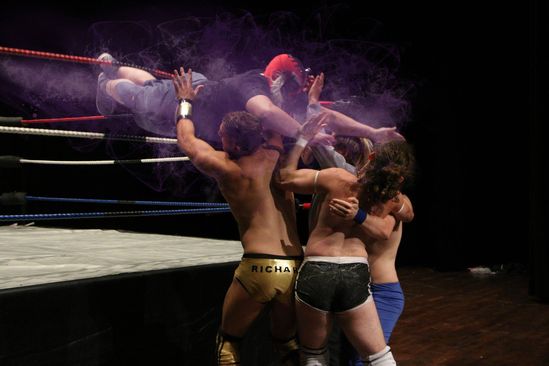 Do you fight a lot?

Yeah well I do it for fun but we wrestle about once a month. So next week I’m wrestling in Invercargill and then the week after I have a NZ heavy-weight championship match which is a no-disqualification match, so that’s going to involve weapons and tables.

My mum has always said to me, ‘whatever you want to do, as long as you’re happy, just do it’. And so she never put any pressures on me to become a Doctor, to become a lawyer. It was whatever what I wanted, as long as I was happy, that’s all that mattered to her. She’s proud of what I’ve been able to do. 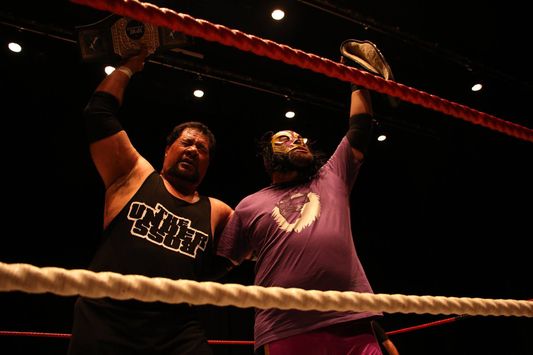