After 237 years travelling the world, Kalani‘ōpu‘u’s ‘ahuʻula (feathered cloak) and mahiole (feathered helmet) finally made their way back to Hawai'i in 2016.

In 1779, Kalaniʻōpuʻu, aliʻi nui of Hawaiʻi Island, greeted Capt. James Cook in Kealakekua Bay and draped his treasured ʻahu ʻula over the newcomer’s shoulders as a gesture of goodwill.  He also gave a number of other cloaks and a feather helmet.  But these happy beginnings soon turned sour when Cook's men killed one of Kalani'opu'u's people.  Captain Cook was killed in retaliation.

Kalaniʻōpuʻu’s feathered cape and mahiole sailed back to Europe with Cook’s crew, and ultimately ended up at the National Museum of New Zealand Te Papa Tongarewa.

The Office of Hawaiian Affairs documented this awe-inspiring journey in the film, “Nā Hulu Lehua: The Royal Cloak and Helmet of Kalaniʻōpuʻu.”  (Shown above)  The 25-minute documentary shares the significance of high chief Kalaniʻōpuʻu, his mea kapu and the incredible partnerships that made their historic return home possible. 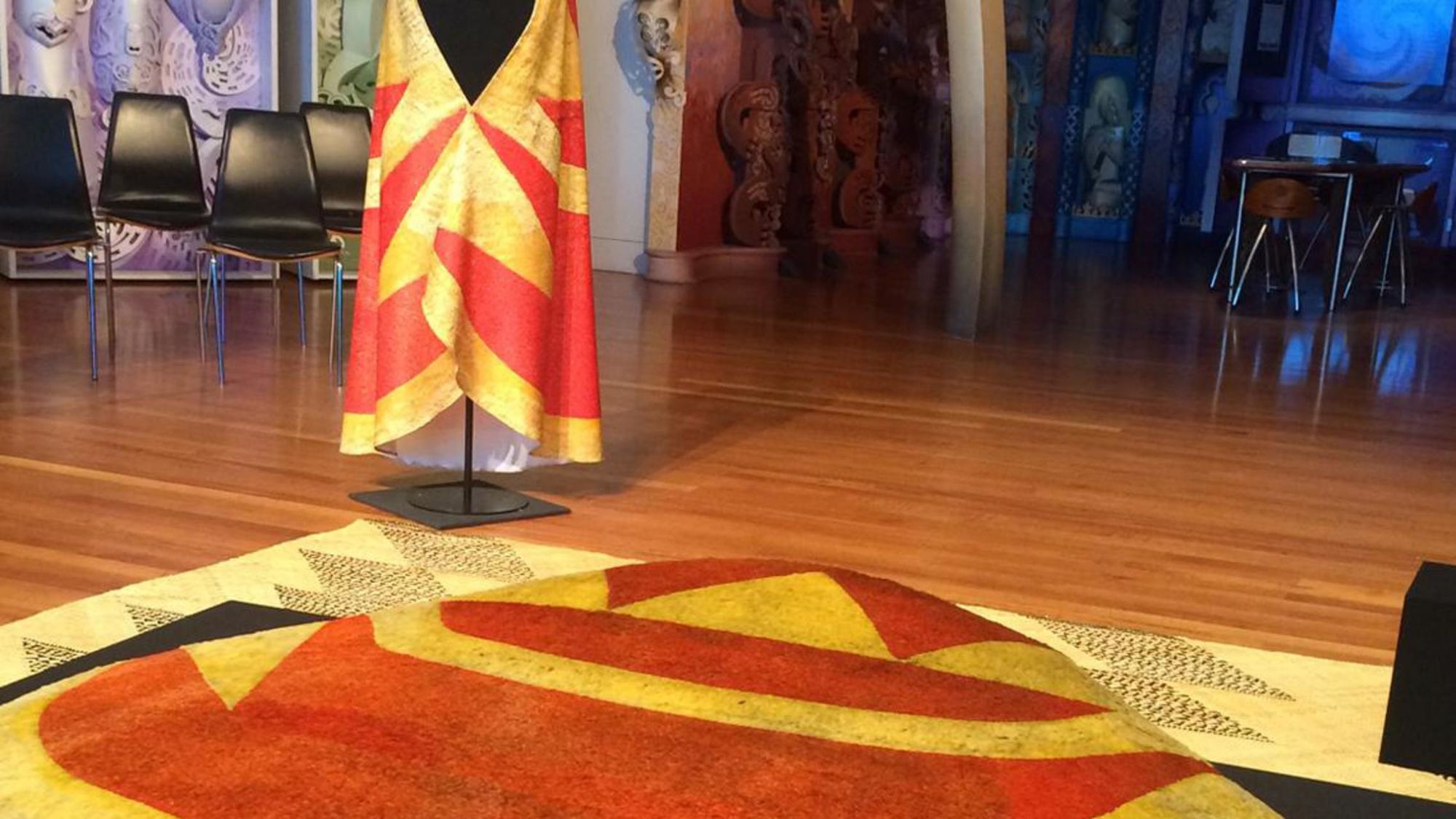 1. According to expert scholar Adrienne Kaeppler’s publication Hawaiian Featherwork (2010), Kalani‘ōpu‘u’s cloak seemed to have started as a cape. The design has two red triangles (huinakolu) at the neckline and a red crescent (hoaka) which formed a sacred, protective design; the resulting yellow triangles and a yellow strip at the bottom complete the original cape. The use of so many yellow feathers demonstrates the political power of Kalani‘ōpu‘u.

2. This ‘ahu ‘ula in particular has feathers from about 20,000 birds. Skilled trappers caught the birds by employing various techniques such as snaring their prey midair with nets, or using decoy birds to lure them onto branches coated with a sticky substance. They often harvested only a few feathers from each bird before releasing them back into the wild so they could produce more feathers. Skilled workers belonging to the aliʻi class crafted the olonā cordage backing, a netting used as the foundation for the cloak, onto which the bundles of feathers were attached, creating bold designs.

3. The cloak has traveled to Hawai‘i twice without the mahiole: Mayday in 1960 and during the exhibition celebrating the 100 Anniversary of Captain Cook and his artificial Curiosities, Jan 18 through July 31, 1978. However, this was the first time in 237 years that both the cloak and helmet went back home to Hawai'i together.

4. From a historical perspective, the artifacts represent a period in the timeline of Hawai‘i when there was a balance between the cultural, political and spiritual parts of Native Hawaiians and the environment.