Recent genetic studies at the University of Pittsburgh have discovered a gene variant which increases the risk of obesity by up to 30-40%, appears in a quarter of all Samoans!

Other factors including diet, exercise, access to processed food with high calories & an inactive lifestyle compared to Samoan's ancestors, have over the years also contributed to higher rates of obesity among Samoan communities.

New Scientist reported that the team found the gene variant "caused the cells to store more fat and release less energy, as if they are trying to conserve as much fuel as possible" which would have given Samoans an advantage when they ran out of food but then lead to obesity when there was a surplus of food. 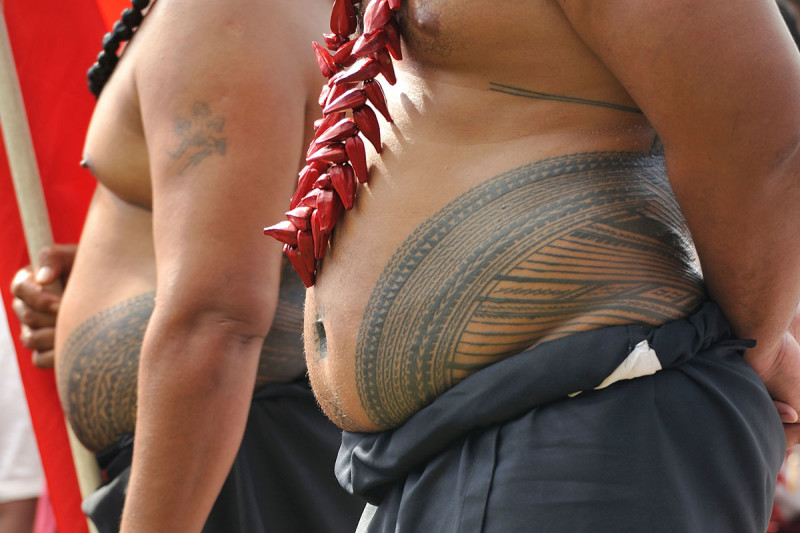 So why is there a quarter of all Samoans with this gene and yet there is almost no trace of it in Europeans or African populations and very low levels of the gene in East Asians?

George Dvorsky says "it has to do with their history of colonising the South Pacific Islands".  The gene variant would have evolved over time as Samoans went through the gruelling process of occupying 24 of the major island groups of Polynesia and then working the land so they could settle and live there.  The team said Samoans 'had to endure voyages between islands and subsequently survive on those islands,” - basically the gene helped them take over the Pacific!

The problem now though is that Samoans no longer need the gene - diets have changed with access to western processed food - KFC, takeaways & soft drinks are now included at family to'ona'is and Samoans are no longer taking long voyages across the ocean to conquer new islands or having to work the land like their ancestors did hundreds of years ago.  Many Samoans now lead a more sedentary lifestyle with many working office jobs with little physical activity required.

However, one positive is that the team have found no association between the gene variant and diabetes.  A professor from the University of Queensland, Australia says “People with the gene are heavier, so perhaps their risk of disease is not increased, but everybody needs to strive for a healthy lifestyle – people with this gene aren’t special in this respect”