A small fishing village established 2900 years ago in Tonga has been confirmed as the first settlement in Polynesia.

The confirmation comes as something of a blow for Samoa which has advertised itself for decades as the "cradle of Polynesia".

Fiji's Sigatoka dunes have also made claims to be Polynesia's birthplace but they appear now to be several centuries younger.

Archaeologists have focused on Nukuleka for the past five years following the discovery of rich pickings of Lapita pottery. 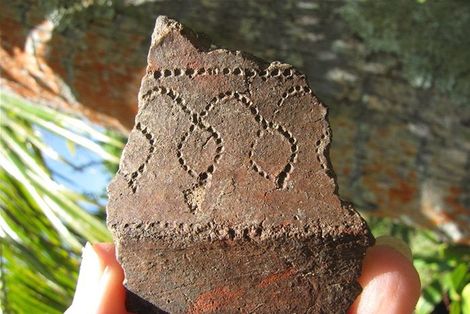 A distinctive type of pottery, named for the site in New Caledonia where it was first found, was carried through Melanesia and into the Pacific by a mysterious group of people who eventually became the first Polynesians.

"Tonga was the first group of islands in Polynesia to be settled by the Lapita people about 3000 years ago, and Nukuleka was their first settlement in Tonga," he said.

The site for the village, at the mouth of the Fanga'uta lagoon, was ideal.

"They came here first about 3000 years ago when the lagoon sea level was higher than today.

"There were no mangroves, so the lagoon shore was a big beach, and the lagoon was full of shellfish, and everything that we have dug up was packed with layers of shellfish."

The area was rich in shells and researchers found that the people were eating lots of turtles and birds, he said.

"What we are trying to prove is that this is the first site in Tonga, and everything that we have found verifies that," he said.

Within a century of establishing Nukuleka the first Polynesians had settled the whole of Tonga. "Then a thousand years later they moved eastwards to eastern Polynesia."