Halos dim on Sunday morning as the most sacred day in Aukilani becomes the most scandalous with all the churches money stolen!

Where did the money go? Where does Pastor Salad disappear to? And are they really “wives” if their husbands have run away?

Fingers are pointing, mouths are running, the hall is falling apart and the money still missing!  The Housiewives come through to clear their name and cause more drama than your mama!

Welcome to Avondale Church. Kala announces another one of her fantastic, fantastic, fundraising socials for the church, Chaka gets into a costly car accident and a series of events unfold which ends up with the churches fundraising money stolen!

Kala’s conscience starts to play tricks on her as the guilt of losing the money weighs her down, she starts to point the finger… in the wrong directions. Kelly asks for the impossible and the girls scramble to save face. Speaking of faces, there's a new face on the Pastor’s face.

An official intro to the new first lady of the church as she serves up more than just a pretty face. Kala gets up close and personal with the new faletua and where has Pastor Salad disappeared to, if he’s even disappeared at all?

Tensions level up between the Housiewives and the the investigations are underway to find the culprit, the thief! Chaka flexes her David Tua skills and Angel gets kinky with cuffs. The girls are all suspects in the case of the missing money while they worry for the wellbeing of their newly beloved Faletua, the unthinkable happens to the church!

The short lived romance between Daphne & Salaki comes to an end as she bids farewell to her fourth true love. Does this mean she says hello to his life insurance?! A mystery unravels in the most unexpected of places, will it reveal the thieving sinner? 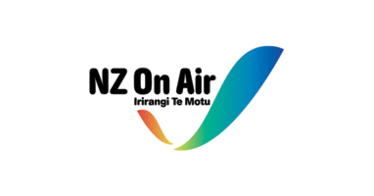