The island nation of Samoa in the Pacific has one of the world's highest rates of obesity.

Imported fast food is favoured over natural, local produce but a campaign's underway to change that.

While it seems the gap between the rich and the poor in New Zealand has widened over the years with an increase in homelessness and families struggling to meet the cost of living from week to week, there are church groups in West Auckland who have been reaching out to meet those in need on the regular for the last 3 years.

Naylar Uisa, her husband Flava (pictured above) and their 2 young sons started off driving around Auckland with pots of food for people they could see in need.

"We basically started off by cooking two big pots and driving around feeding anyone. We did that for a while then took it to the city, and then once our church found out they came on board.  We may have started it, but it takes a family to move it and to grow it, and this is an amazing family" says Naylar.…more

Cooking on a Budget

As part of 'Money Week' 2017, Ignite College in South Auckland partnered with the Commission for Financial Capability as part of a community collaboration with the hospitality students, to come up with a menu on a budget for occasions that Pacific island families often have to cater for.

Students not only learned about budgeting but were then able to incorporate the skills that they'd learned in their hospitality programme, combining the two and then the end result was putting on a meal for invited guests from the community and doing a full meal service.  The students came up with the menus, creating everything from the shopping to the budgeting to the cooking.

Student Support Advisor Romana Fetu said that it's crucial for people to be aware of the importance of knowing about money and staying away from things like debts and loans and getting more into education to get into employment.…more

A couple of years ago, Samoan musician and artist Johnny Angel appeared in the Like Mine campaign (video above) which was aimed at reducing the stigma and discrimination faced by people with experience of mental illness.

He also shares his journey with Mike King – the heartbreaks and triumphs of living with mental health issues – and overcoming them ....

Depression is the leading cause of ill health and disability worldwide and a lack of support for peope with mental disorders, coupled with a fear of stigma, prevent many from accessing the treatment they need to live healthy, productive lives.

Our friends at Le Va Pasika have some great resources for our Pacific Island communities around recognising the signs of depression, causes of depression, how to get help, and tips on getting well and keeping well. 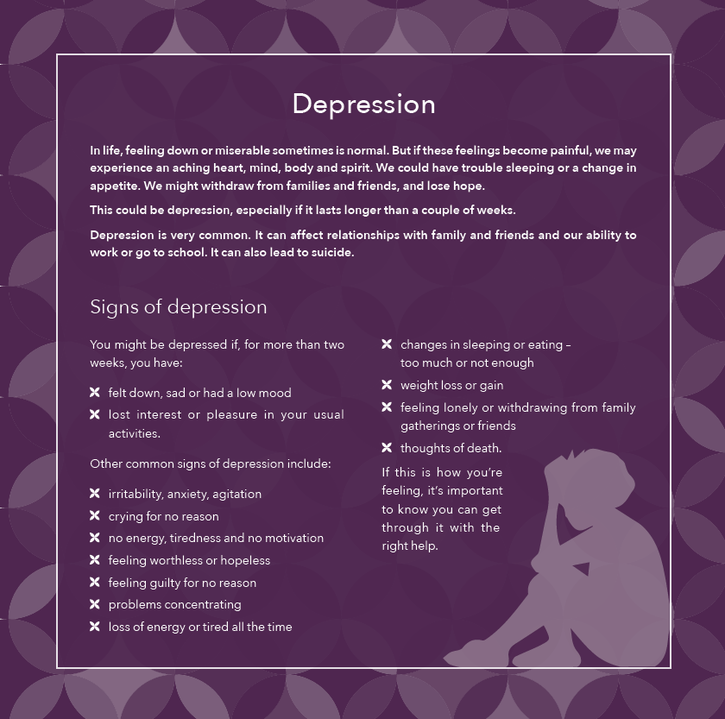 We all know Pacific Islanders love cooking & eating both taro and taro leaves but are you aware of all the amazing health benefits for the body?  Both taro's root and leaves have many health benefits because it is rich in nutrients.

From its nutrient contents, the Top 10 taro leaves benefits are as follows:

Taro leaves are rich in vitamin C which acts as an antioxidant. This helps prevent many diseases and fight against free radicals that cause cancer. 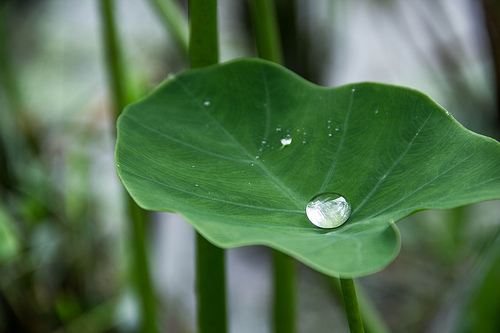 Vitamin C in 1 cup of taro leaves gives you at least 86% of the daily value that your body needs. You can boost your immune system effectively with eating taro leaves.

Besides Vitamin C, taro leaves are rich in vitamin A. It reaches an amazing daily value of 123%.…more

ULTIMATE COCO CONCOCTION FOR YOUR HEALTH

Tumeric is fast being touted as the wonder drink of the Pacific, and the 'Golden Latte' hot drink is taking the health conscious world by storm.
Etu Tusitala who makes the 'Samoa Wild Tumeric Juice' is the master of making this coco-concoction which he describes as 'the ultimate local health tonic'
This recipe has a calming and soothing effect on the body and it is simultaneously packed with a myriad of healthy substances. 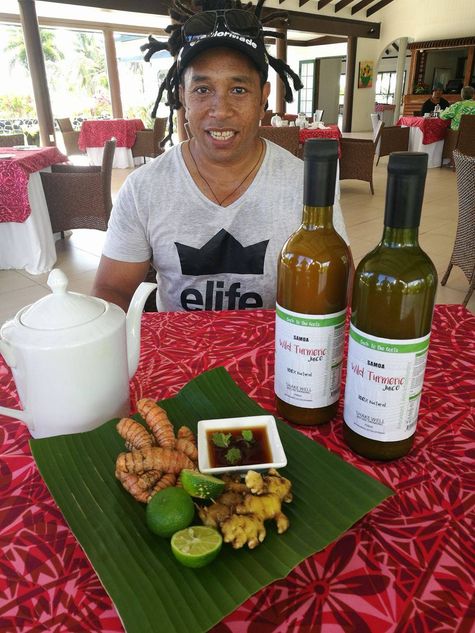 Etu's turmeric latte at Amoa Hotel in Savai'i
Turmeric is one of it's main ingredients and has valuable properties that cover almost all health issues that a person might have and is also one of the most powerful anti-inflammatory natural agents.…more
Health & Well Being

We all have Pacific Sisters, Mothers, Aunties and wider aiga that have been the ones to find 'that lump'

Here are some words from two young Poly women who survived to tell their tale and why we need to value and have joy in our lives ...
Suggested Links:
Top 10 Health benefits of Guava
Pasifika Staff lose 163kg to promote healthy living
.
Credits:
Shot & Edited by Haimona Ngata
.
Made with the support of NZ on Air Samoans getting Zumba Fit but Obesity still on the Rise

On a muggy day at Samoa's Maninoa Beach, tired competitors in an ocean canoeing regatta take a break to let the kids expend some energy.

Barefoot and shrieking with laughter, they run races along the sand, pushing rods of wood with wheels made from empty corned beef cans.

When full, these cans of processed meat fill shelf after shelf in Samoan supermarkets, and are often blamed for rendering 80 per cent of adults overweight or obese.

But the active weekend scene playing out on Maninoa Beach is increasingly common in the small island nation, where physical activity rates have climbed drastically.

Sleek versions of the traditional outrigger canoe are increasingly used for sport in Samoa.

Between 2002 and 2014, the average amount of time Samoan adults spent doing physical activity — whether for recreation, work or transport — rose from 35 minutes per day to more than two hours. The vast majority of Samoans are now meeting World Health Organisation (WHO) recommendations in this regard.…more

The turmeric root or ago which grows abundantly in Samoa has been used as a natural Smaoan remedy for centuries with its healing benifits being handed down through the generations. 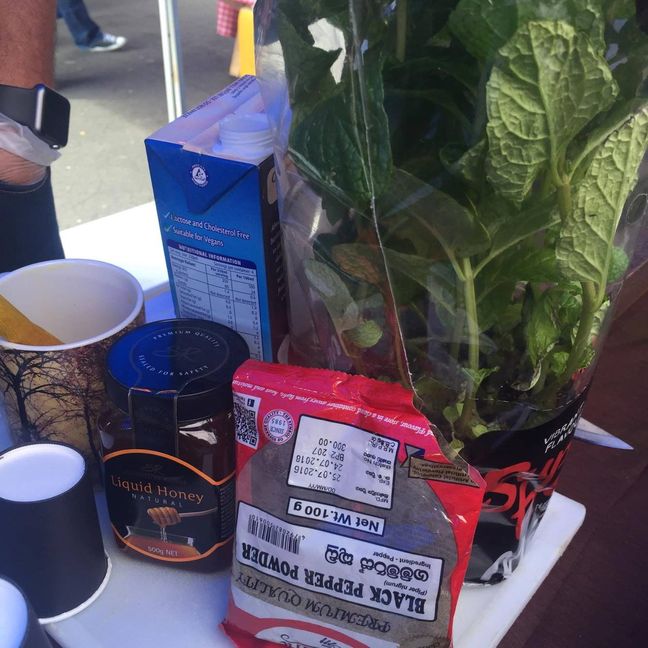 Etu Tusitala is the creator of the Wild Samoan Turmeric Drink to maximise the goodness of these tumeric roots into a health tonic that has several known benefits to for good health.  Turmeric is also traditionally applied topically for cuts and bruises. 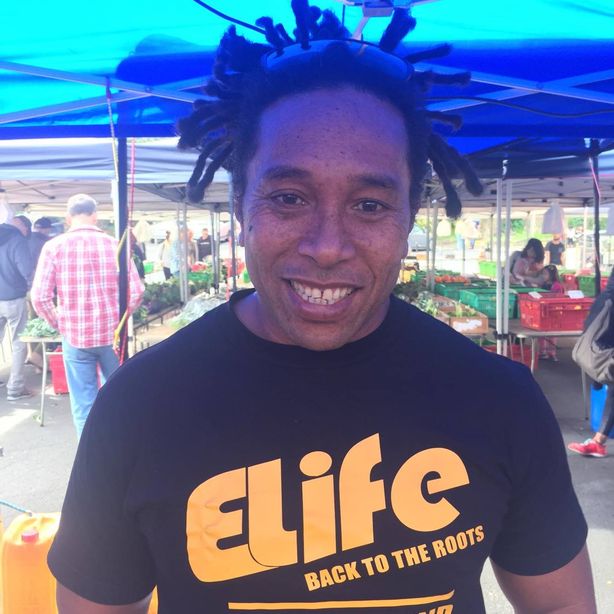 With strong anti inflamatory and anti oxidant properties, Turmeric is hot property as a popular health booster along with other natural Pacific products like Coconut Oil and Nonu Juice.
Etu hopes that his organic natural product from Samoa will take off in the same way that our Virgin Samoan Coconut Oil and Koko beans have in NZ.…more
Health & Well Being (Ground kava root, ready to be mixed with water to create a traditional South Pacific beverage.…more